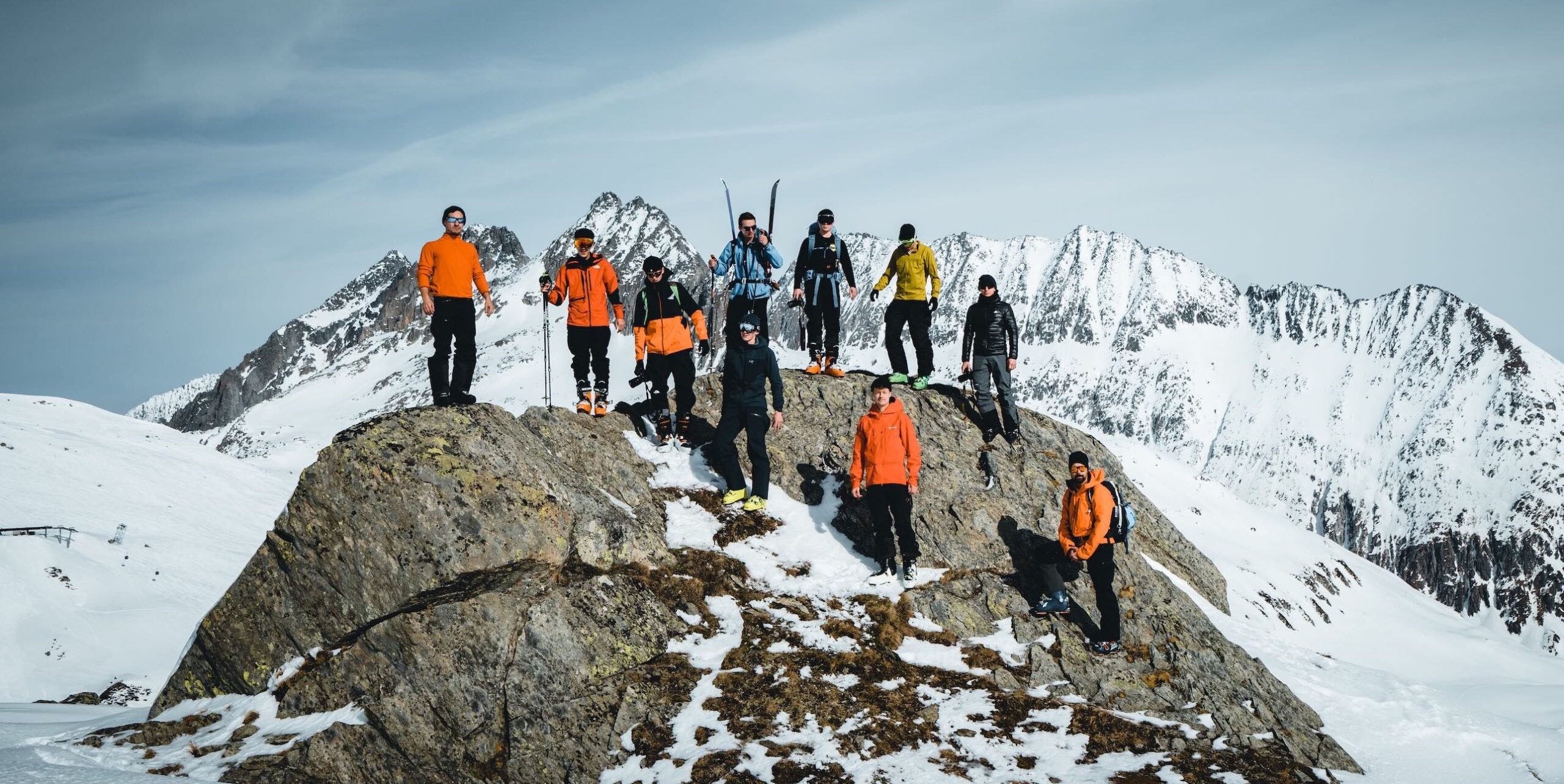 In the heart of Switzerland, lays Andermatt. We’ve already been there last summer, climbing the infamous Kamel mountain, go check it out here.
This time our mission was exploring the possibilities of the wintertime in this region. There are so many of them.
The first day we were there some of us hit the slopes of the big Ski Arena Andermatt Sedrun Disentis which is one of Switzerland’s biggest ski resorts. There we enjoyed the great slopes and the amazing views we got. Of course, we took some pictures and also let the drone fly at sunset.
The other members checked out the SPA area at first but then went on a sunset mission to the foot of the nearby situated Furkapass. Afterwards we held our annual collective assembly in one of the seminary rooms of the Radisson Blu Reussen Hotel Andermatt, which we continued the evening after.
With a successful first day finished we enjoyed our night at the Radisson Blu Reussen Hotel Andermatt.
We woke up early to get our skiing equipment, for those of us who hadn’t got ski touring gear, the Imholz sport Andermatt and the Mammuth Alpine School were really kind and let us use some of their gear.
We drove with the MGB train up to the Oberalppass in the middle of the Ski Arena, then put on the ski skins and prepared ourselves to ascend the Oberalpstock mountain. At first, the guides from the Mammuth Alpine school showed us everything that was important for ski-touring. Off we went. About 3 hours later we reached the top of the route, just a little bit below the peak. Everybody was really hyped to send it down the powdery mountain. Some of us started their drones – you can see some images bellow – others positioned themselves in the wast terrain to get the best possible angle on the ones skiing down the mountain.
It was great fun carving some lines onto the powder. As we finished our descent we were really glad that everyone was still healthy and no avalanche buried us.
Then we enjoyed a nice evening in the small village, ate some good pizza and went out together.

Joni giving a great example and protected himself from the sun. 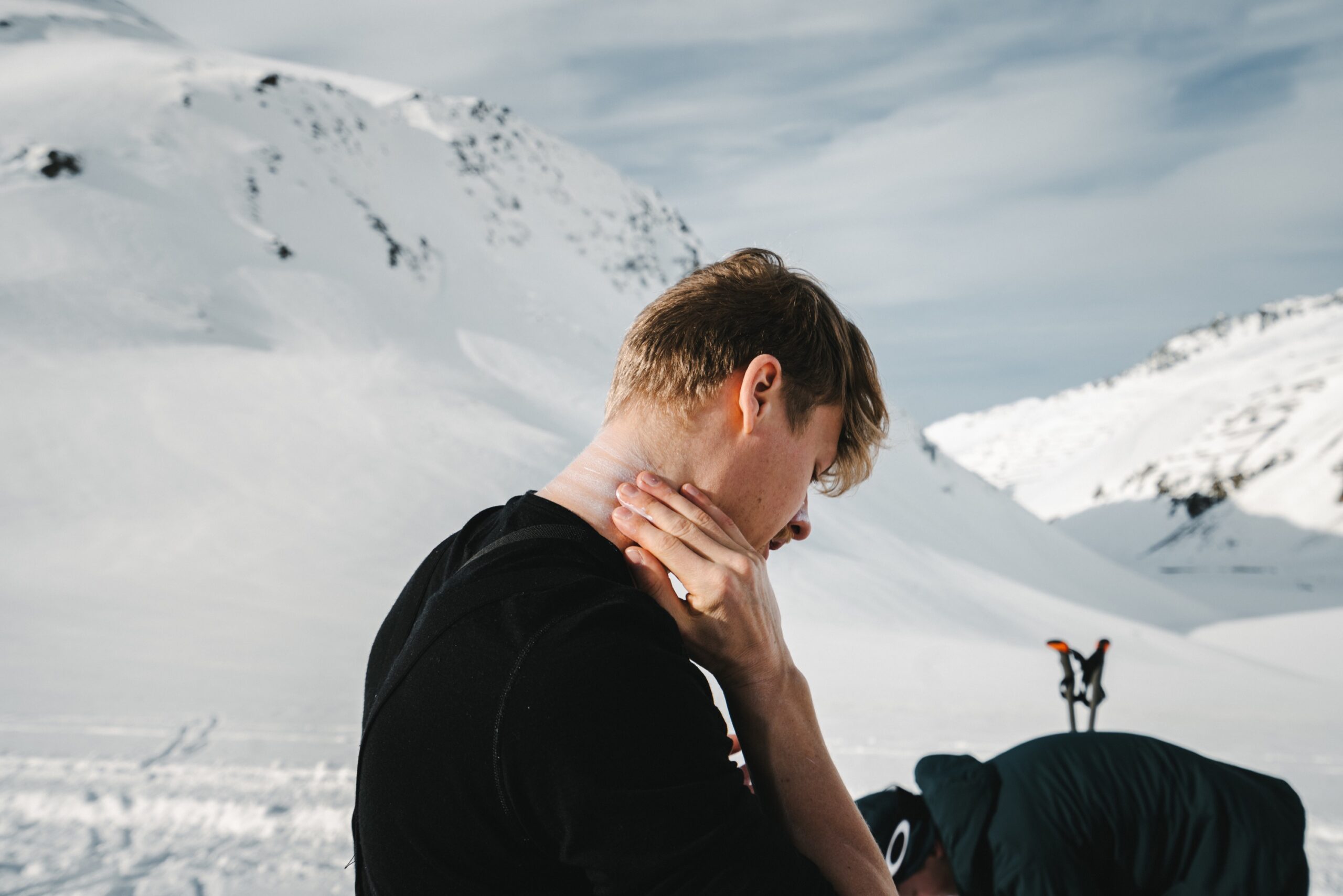 Jonas, one of the guides from Mammuth showing us how to mount the furs. 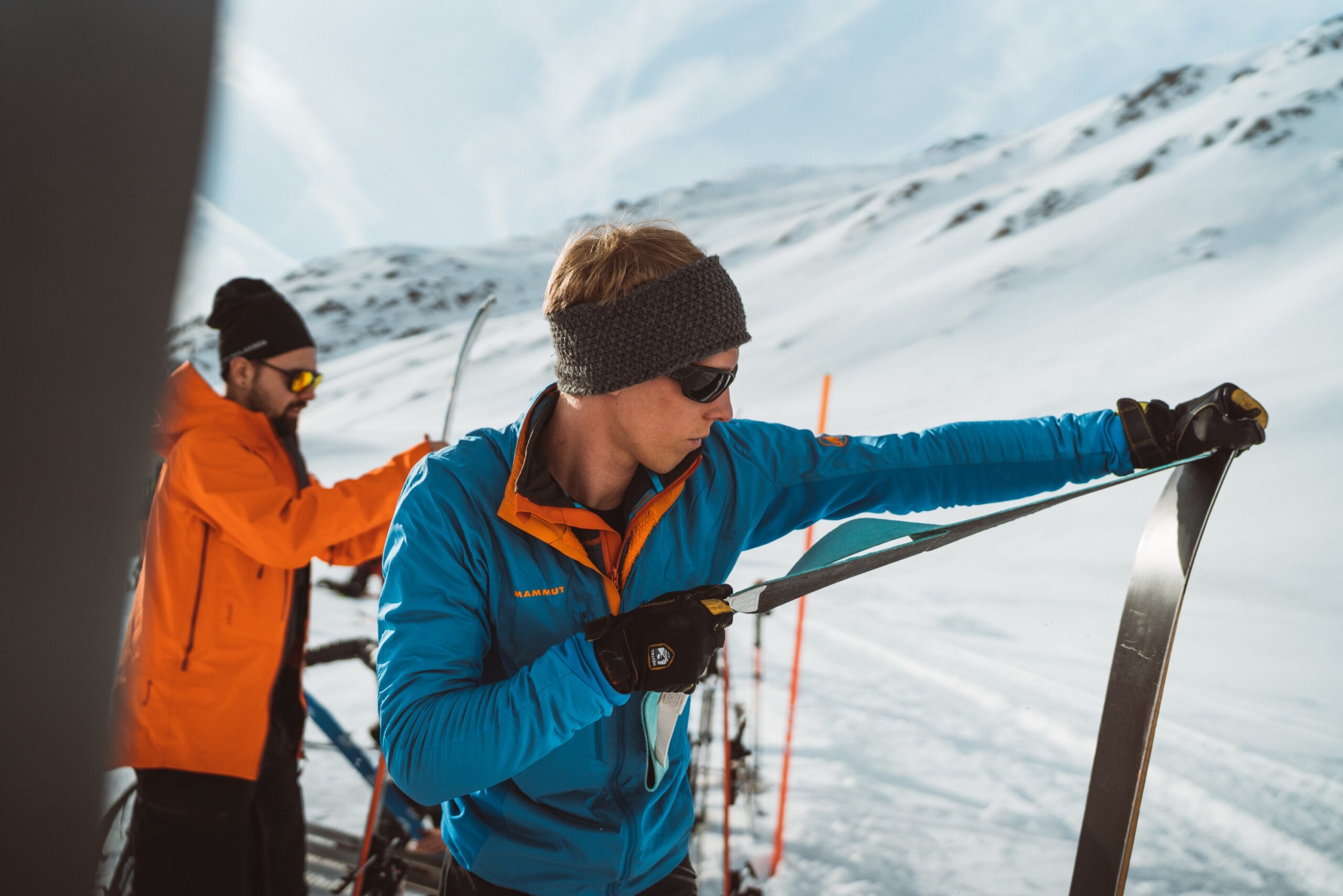 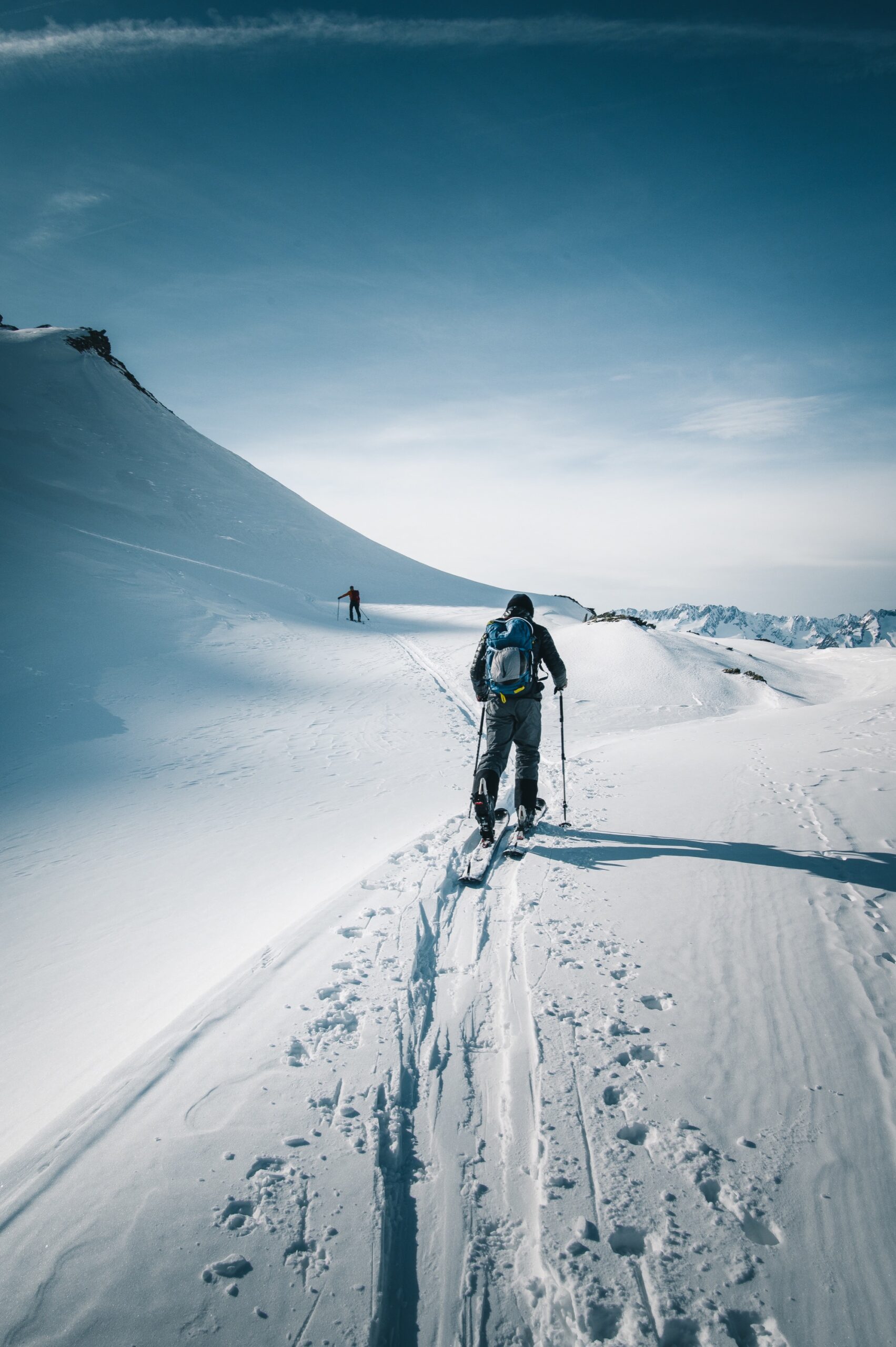 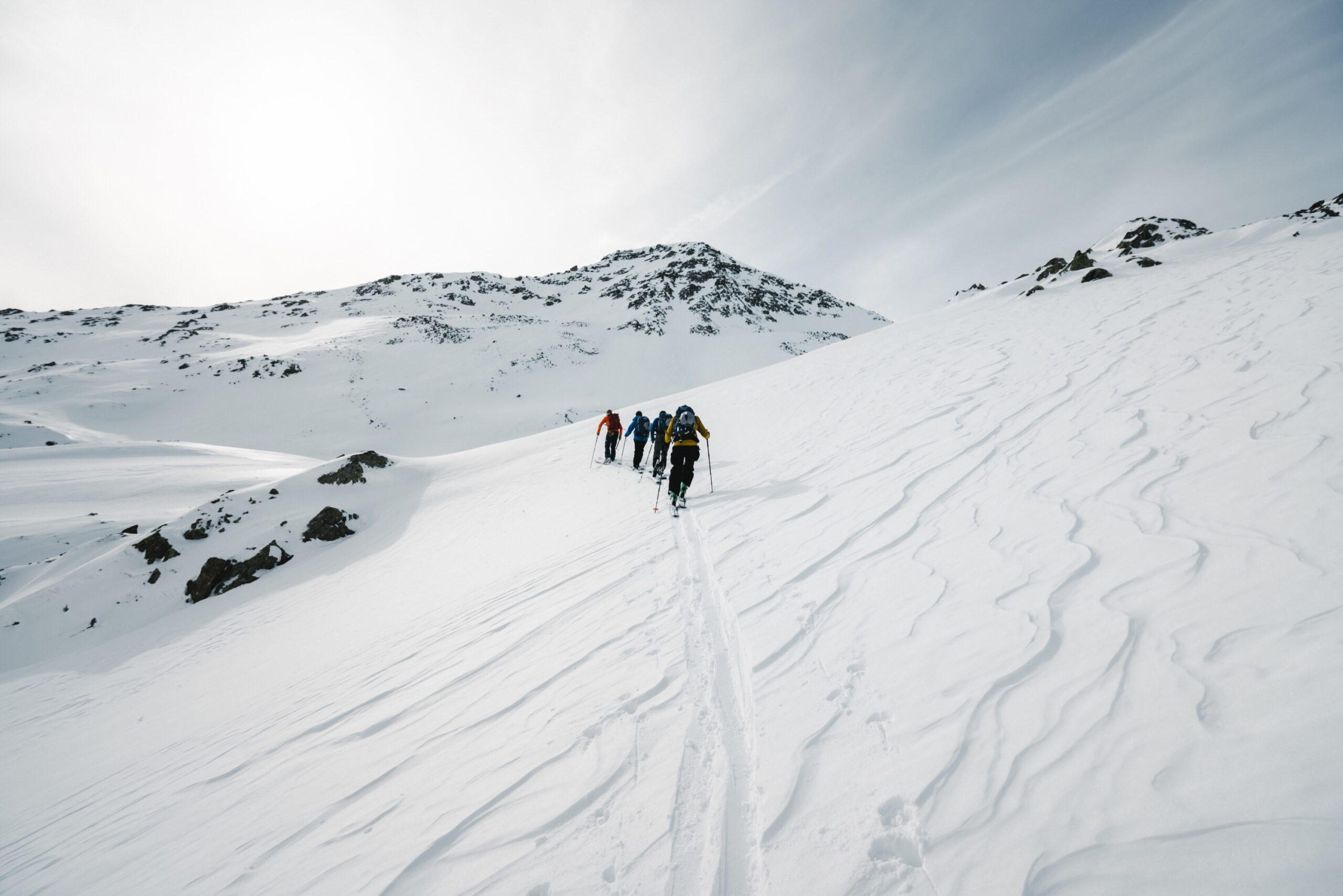 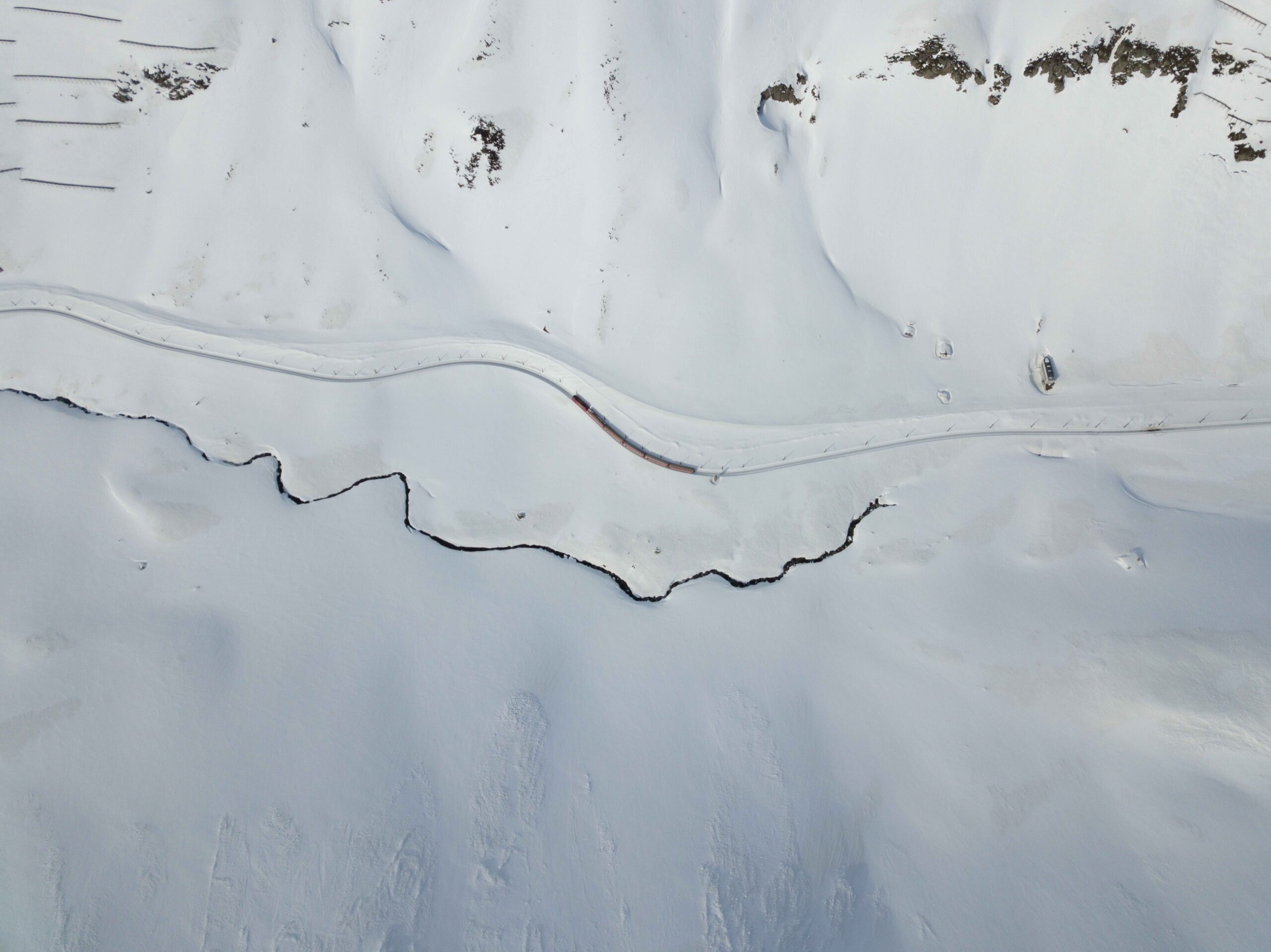 Overlooking the beautiful Oberalppass with its meandering river ad the MGB train riding beside. 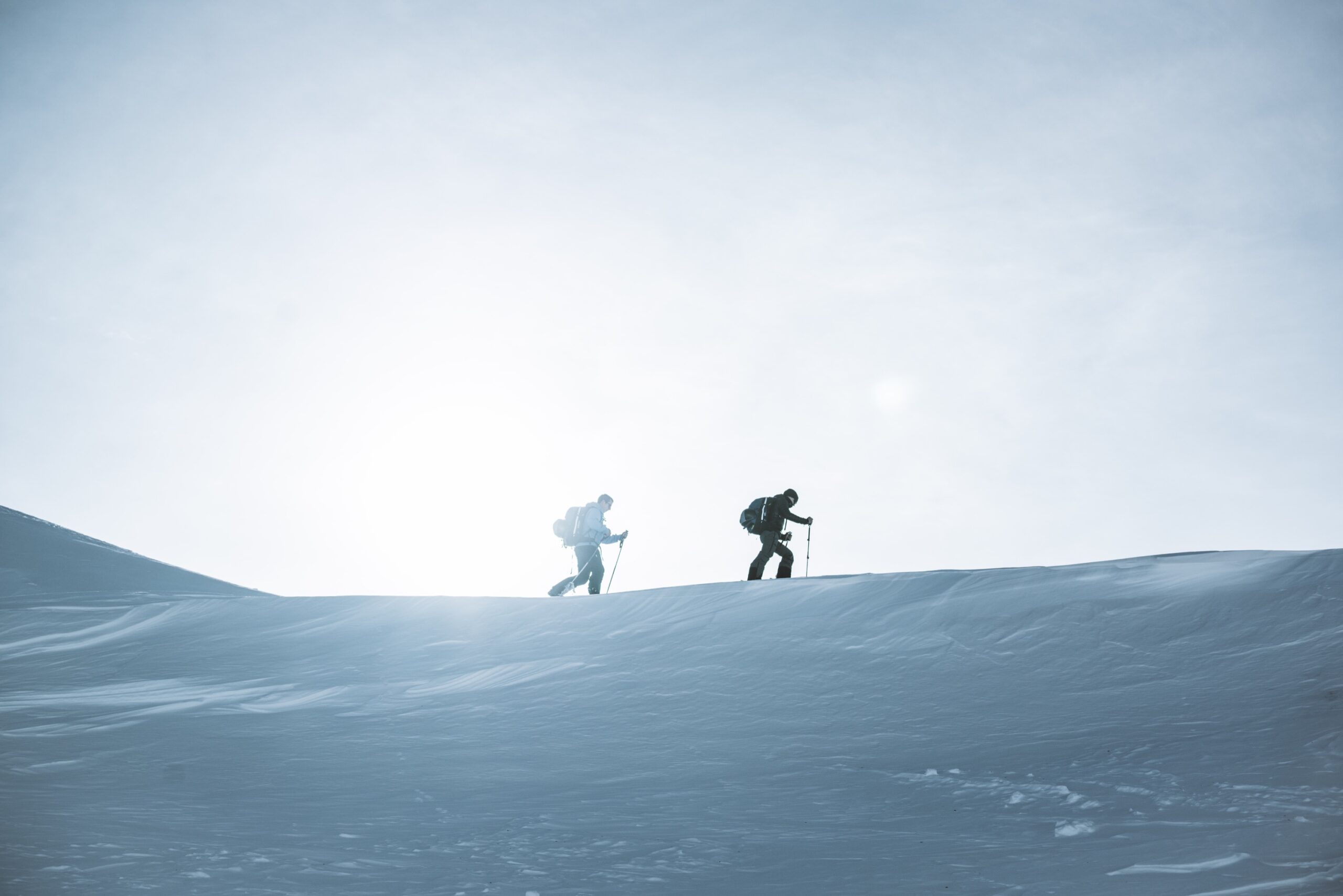 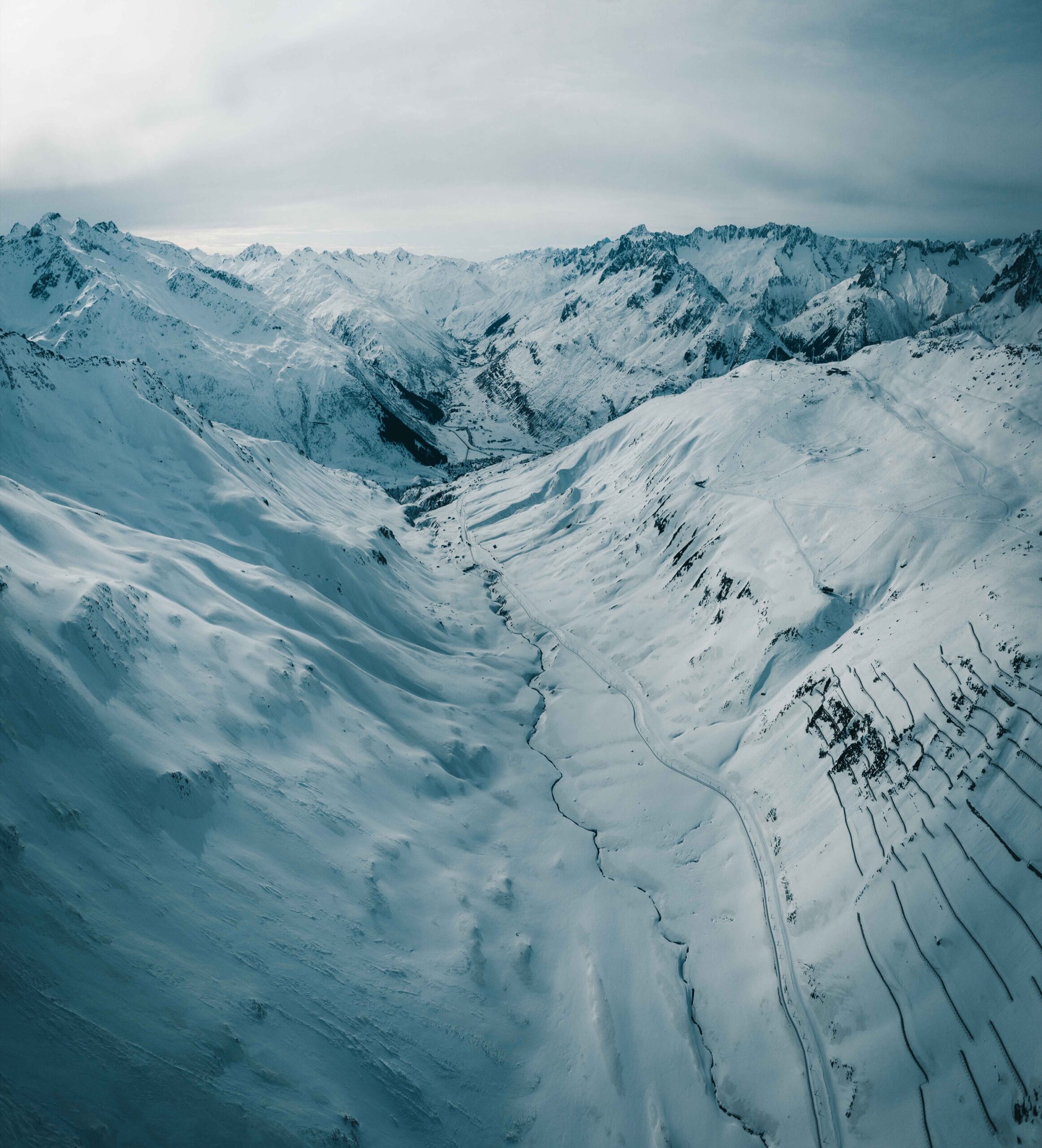 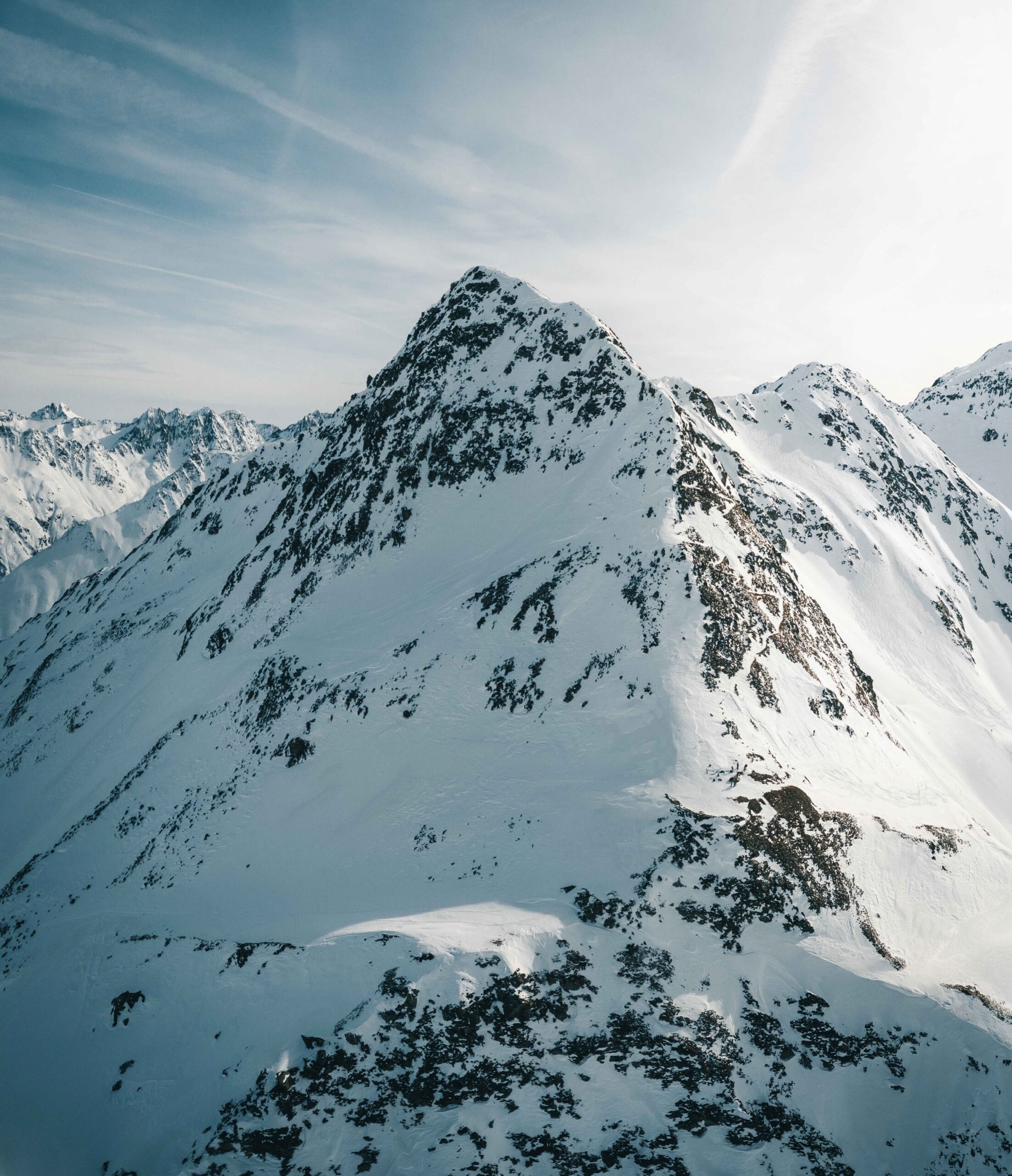 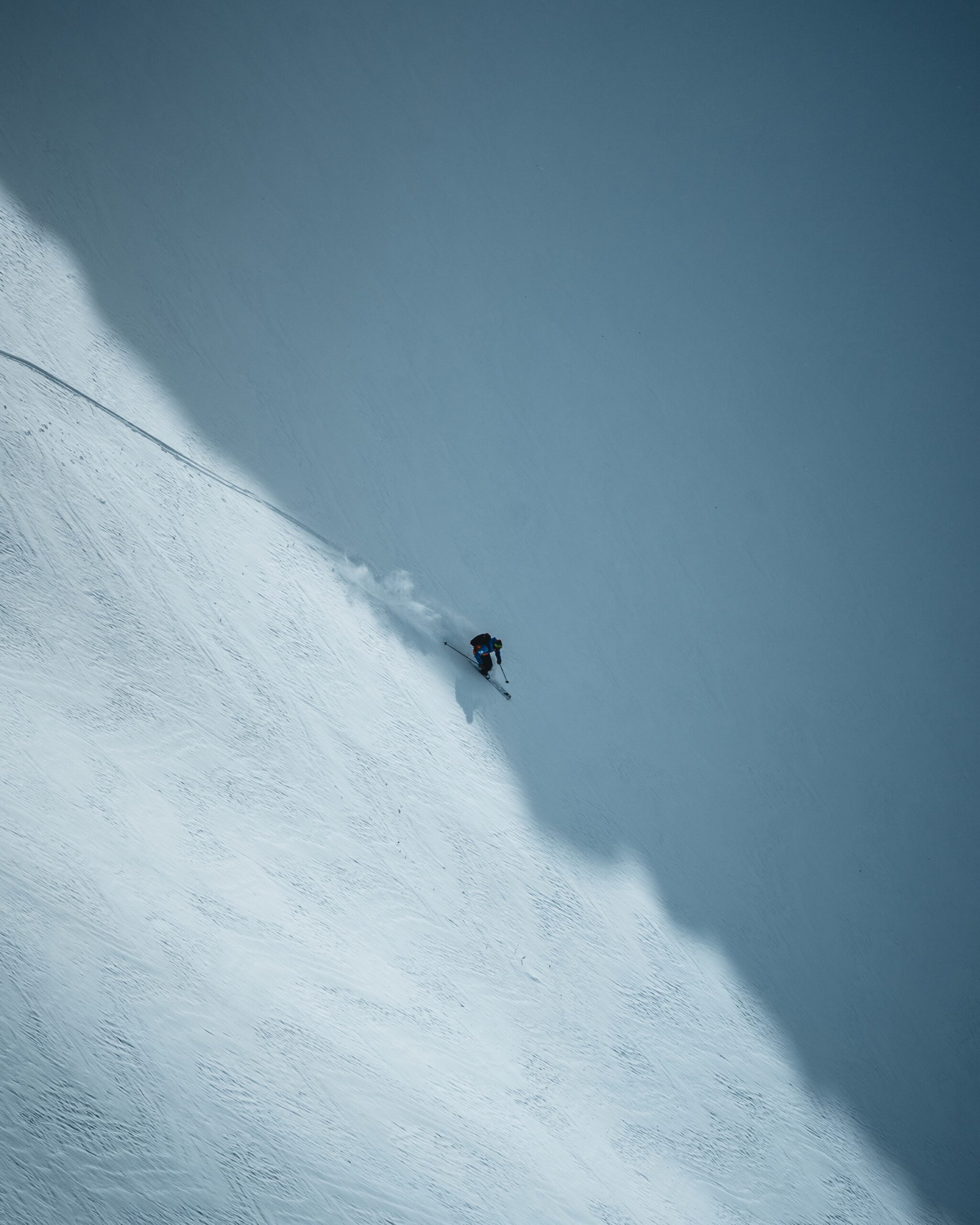 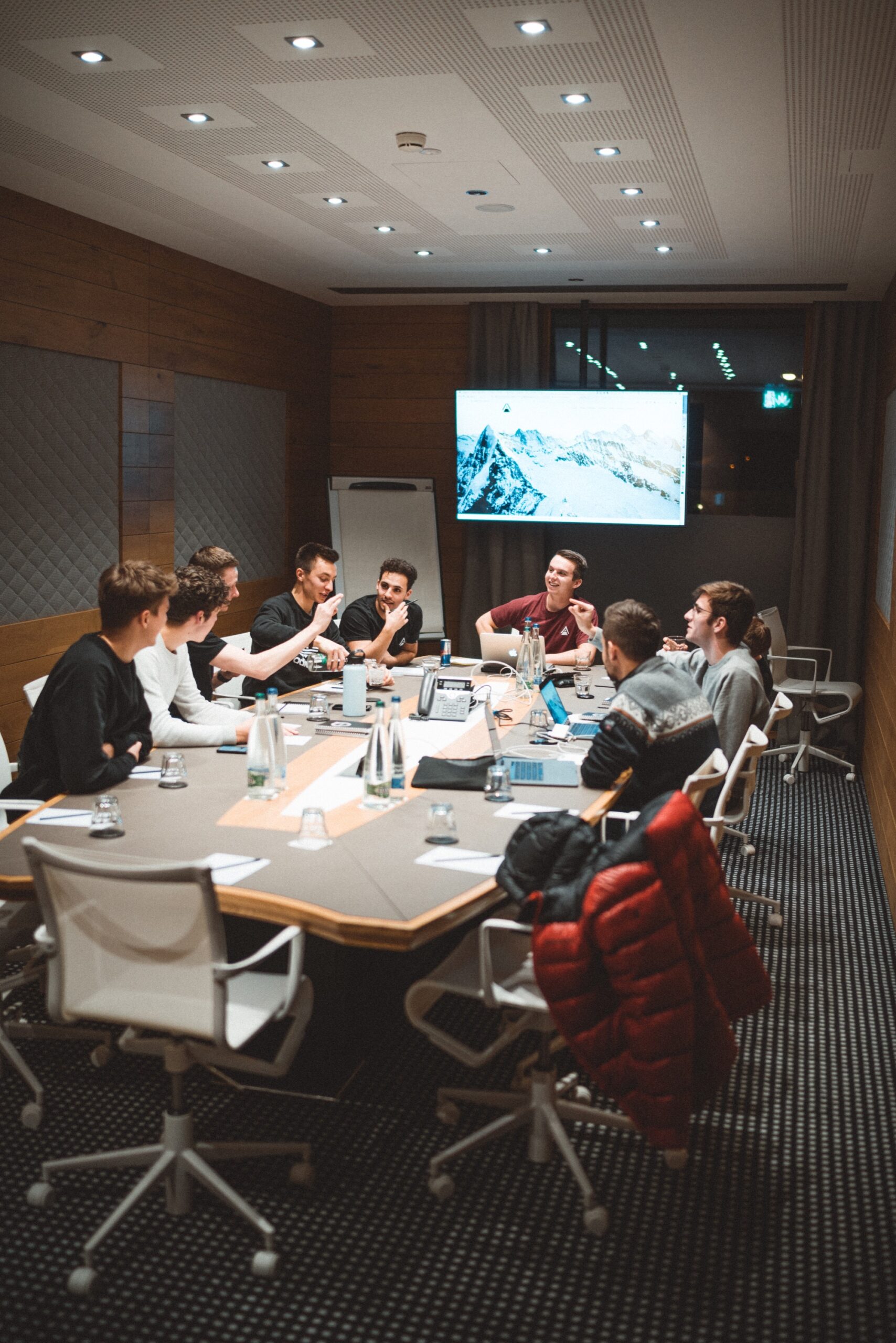