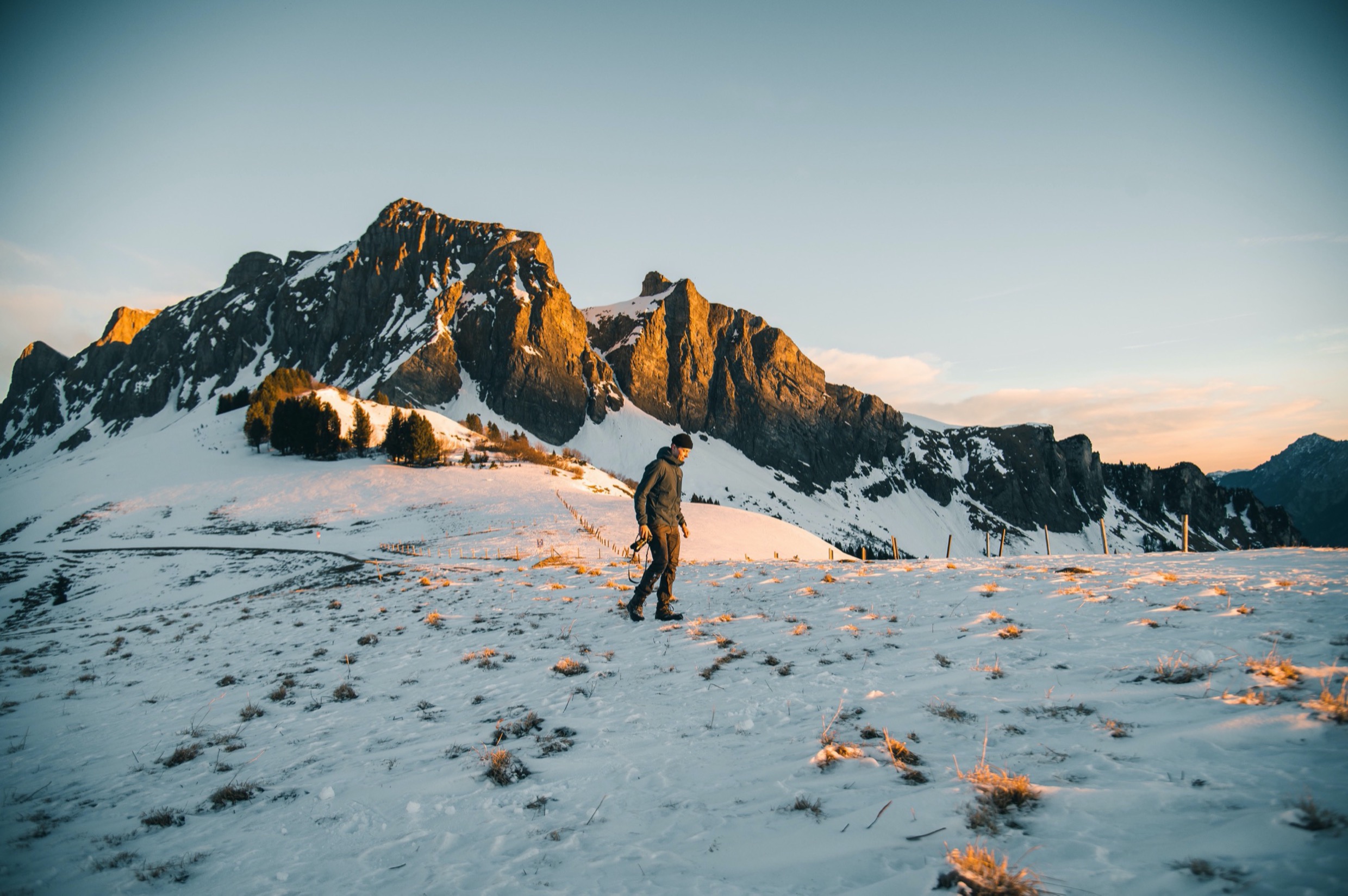 In search of the perfect light. Three members of “The Alpinists” have gone on a snowshoe hike so as not to sit out the winter at home, but to capture its beauty in pictures and videos.

Just because it’s cold outside doesn’t mean you have to stay home! True to this motto, the members of the collective set out on an early morning hike in the Sarganserland, Switzerland in mid-January. The goal was not only to have a fun trip but also to create content for the regional news magazine Sarganserländer, which published a double page on the collective and this particular hiking experience. It’s part of a quadripartite series that will appear during the year 2020. The collective will present a hike per season, each one with a series of photos and a video as augmented reality content.
At first, another tour would have been planned than the final one: a snowshoe hike to the Girenspitz, an amazing free-standing rock formation. Because there was more snow than expected in the middle areas, they spontaneously changed their destination – which in retrospect was the best decision. Otherwise, the hike could have been dangerous at some spots. In such situations, it’s important to just take a step back, look at things from a certain distance, and then make your decision. Be brave enough to turn around and accept that you can’t always climb every mountain and reach every goal.
Anyway, the snowshoe hike finally led the members to Alp Palfries, where they were able to document an unforgettable winter sunrise. Everything was perfect: the spot, the light, and the crew. Even though they couldn’t reach the Girenspitz by foot this time, they could get some amazing perspectives on in with the drone. See yourself what the results of this adventurous morning were. Enjoy!

Valentin walking up the mountain to get to the epic spot, really early in the morning. 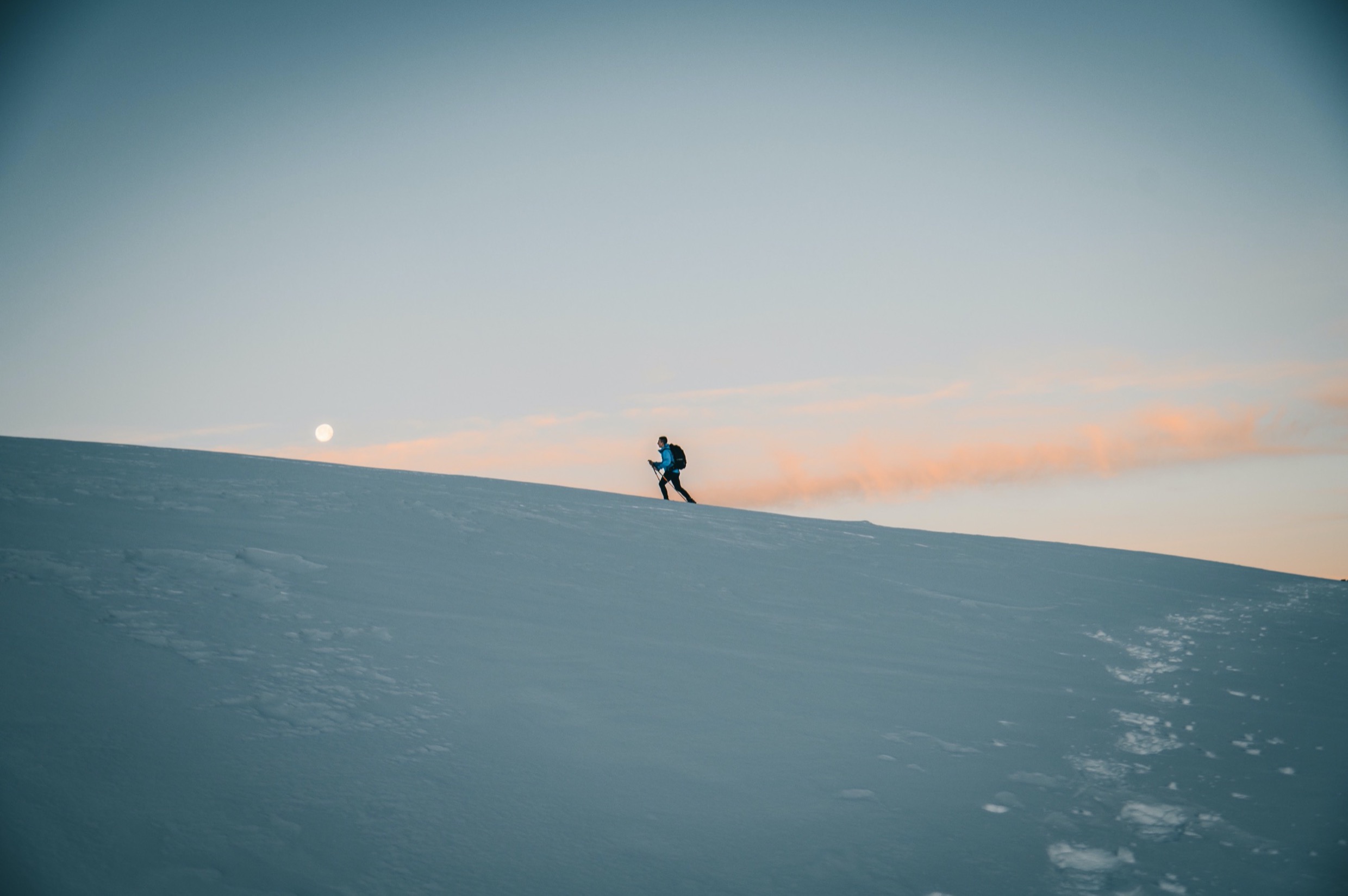 Also Silvan was motivated enough to get up really early. 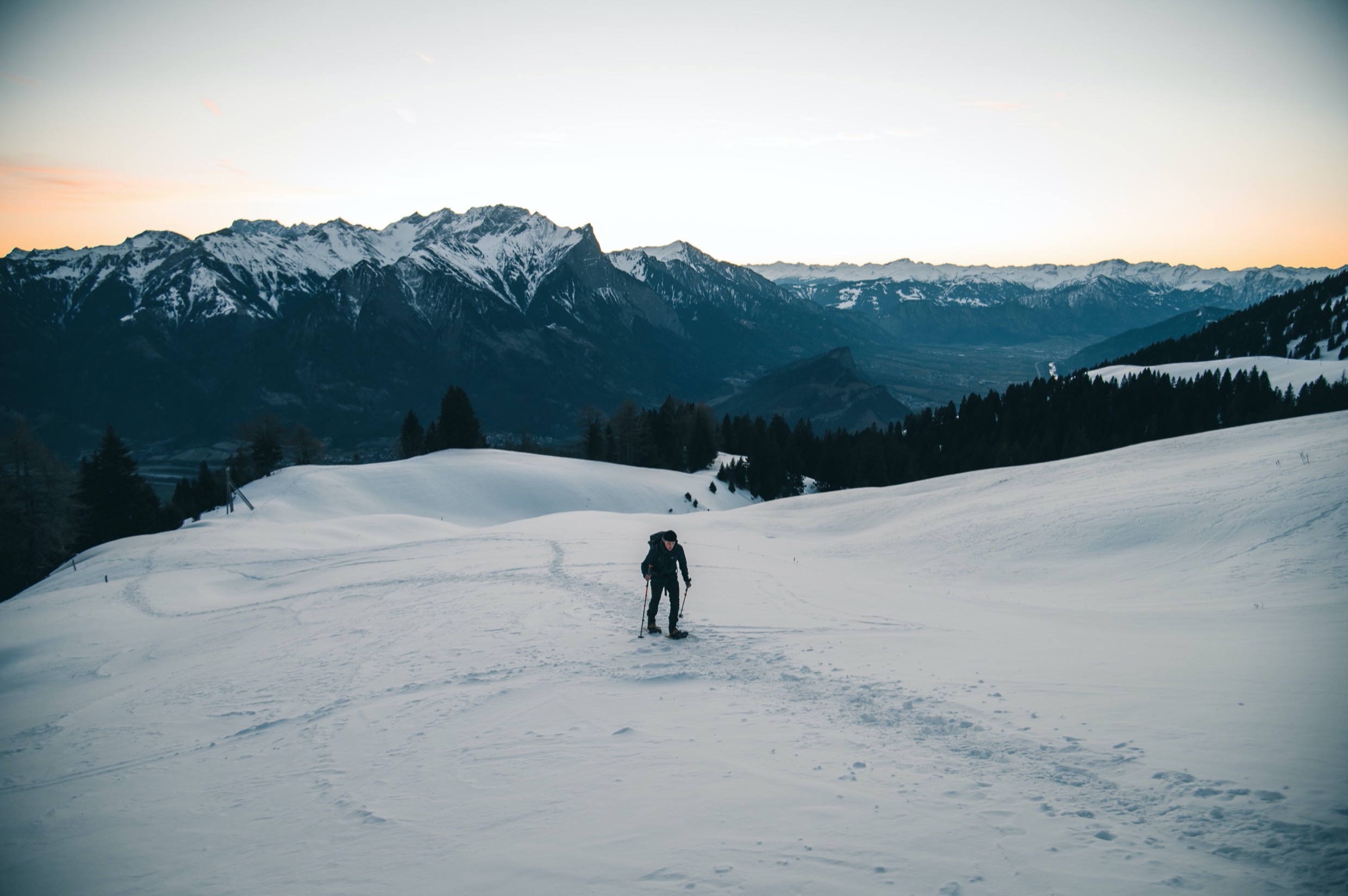 Understandable if you get to see such a view, even if only with the drone. Bellow is the Girenspitz mountain, which as you can see, still had lots of snow around it. 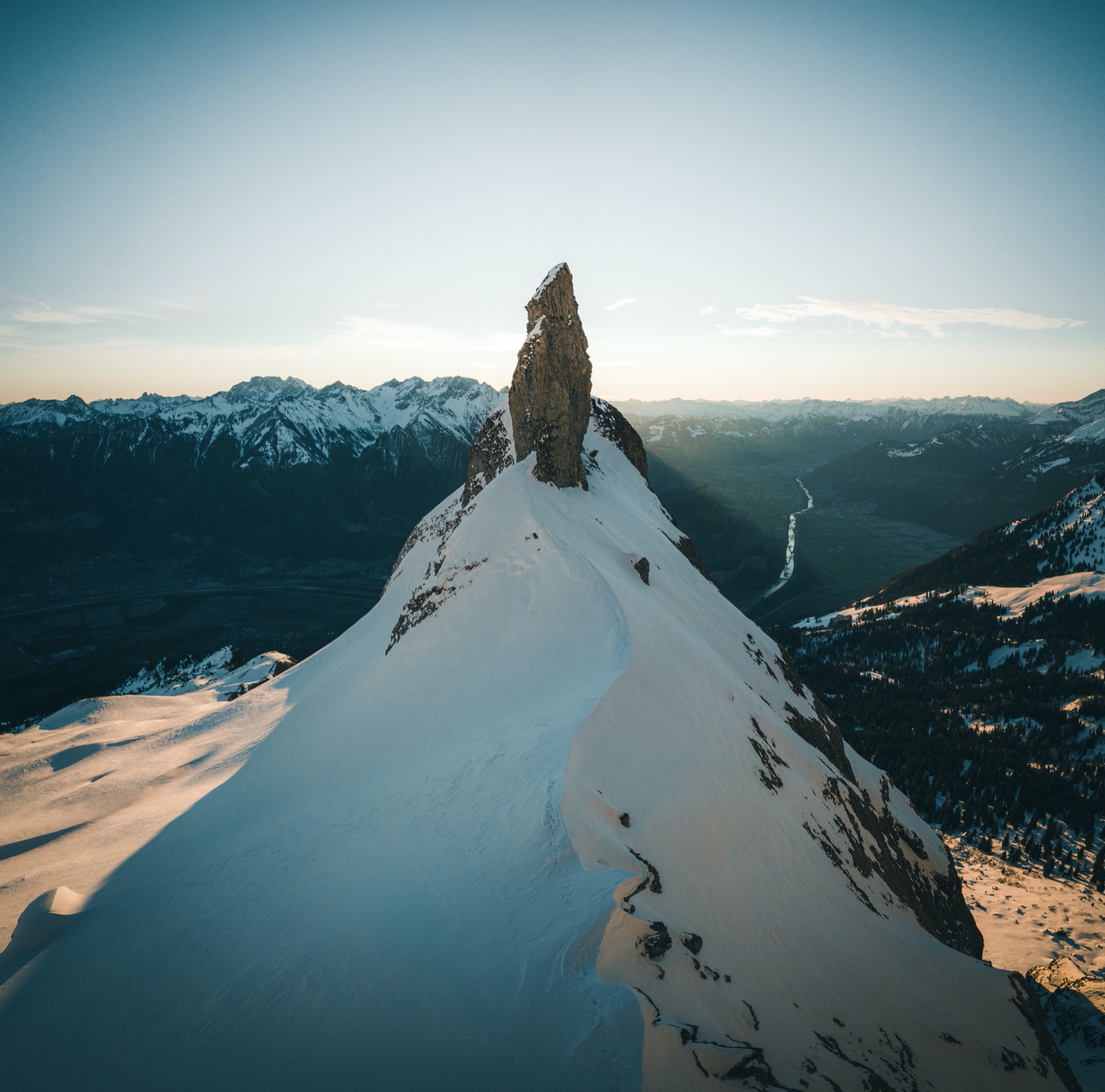 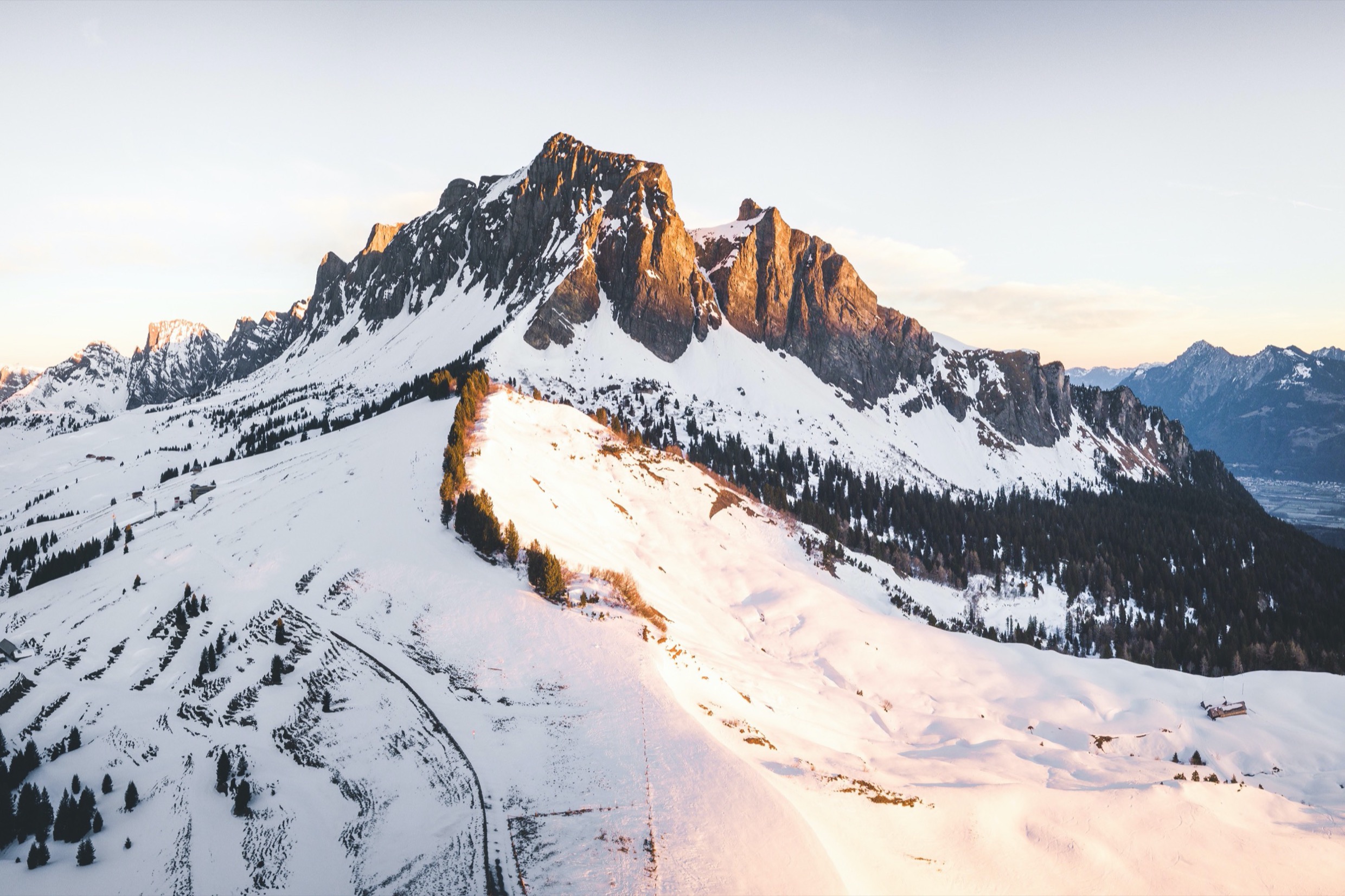 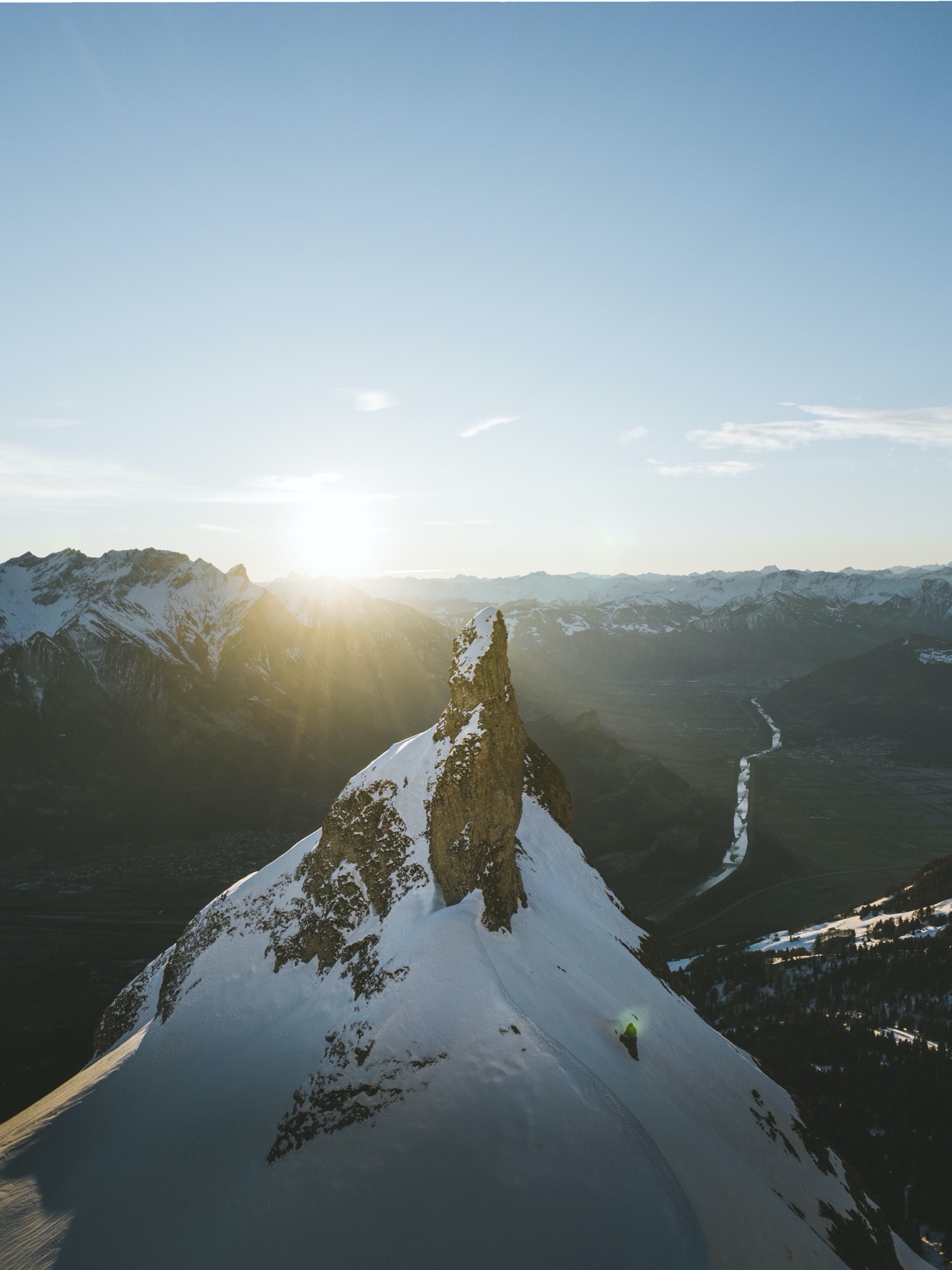 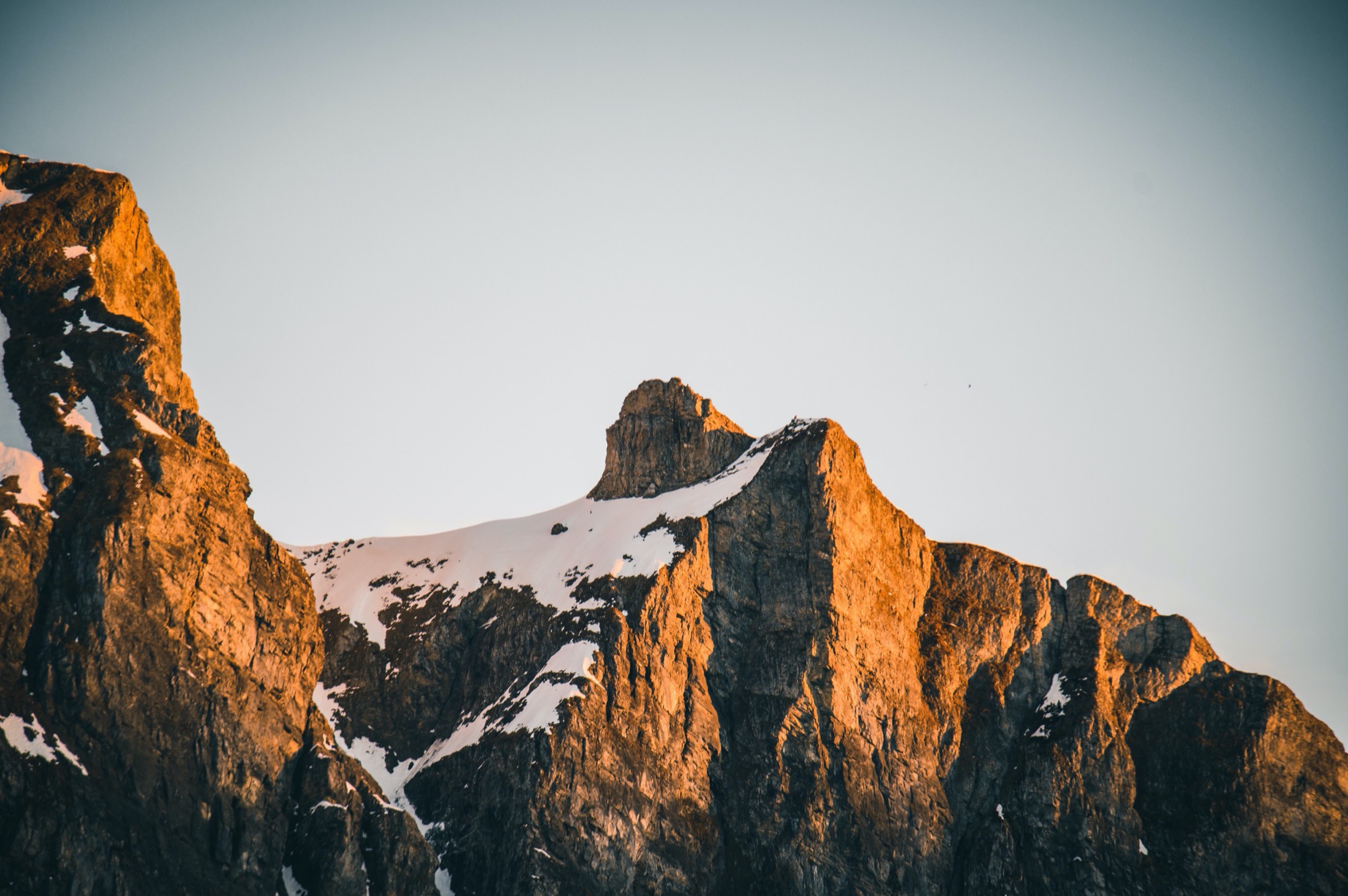